Gordon and Aileen MacKay of Divers Eye Boat Trips organised, on behalf of Surfers Against Sewage, a beach clean of Isay Island. A post for volunteers was put on Facebook and received over 40 offers of help for possible beach cleans around Waternish, of which this was the first. 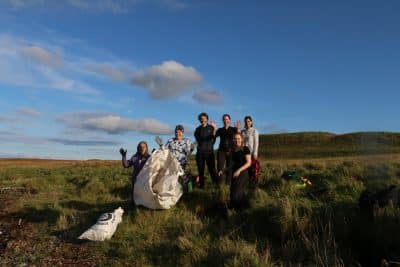 The first of two boatloads of volunteers set off from Stein jetty in Elena C skippered by Gordon just after 10 am on the most gorgeous day for October. The sky was blue, the water was like glass and it was so warm. What a start! 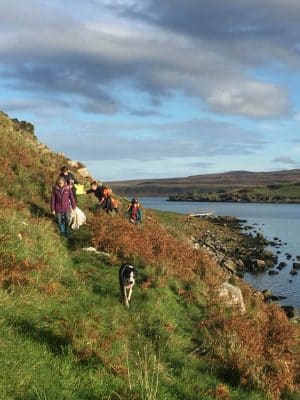 Arriving on Isay we were split into 2 groups and headed for two separate beaches. (The next boatload would aim for a further two beaches.) Our beach was the furthest away and took about 15 minuets to reach – the island does not look that big when you are looking at it from Waternish! Anyway the route took us passed old crofting buildings and the old house, which was the place of a notorious murders committed by Roderick MacLeod of Lewis 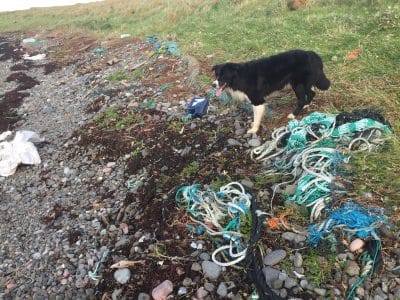 (or Roderick the Venomous) way back when! He decided to hold a banquet and ‘dispose’ of three entire families thus allowing his own grandson to inherit the island or Raasay.

We also passed a heard of sheep which have been left to fend for themselves and roam the island. On the way we passed one that had got stuck in fencing and I’m pleased to say that some of the group managed to free the animal. 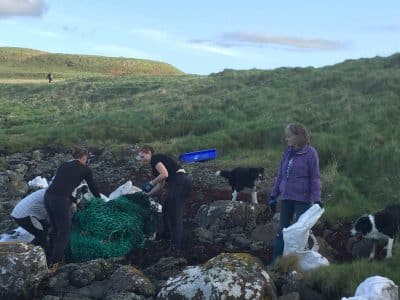 On we went and finally reached the beach. We were there for about four hours and in that time collected a huge amount of waste/plastic, mostly I am sorry to say things to do with fishing. There was so much rope and parts of fishing nets. Indeed we pulled out what possibly was a full net! Of course there was also the expected plastic bottles.

At one point we had an audience of two seals but too far away to get a photo.

The return journey was a bit rougher but we were all exhausted but proud of our achievement. 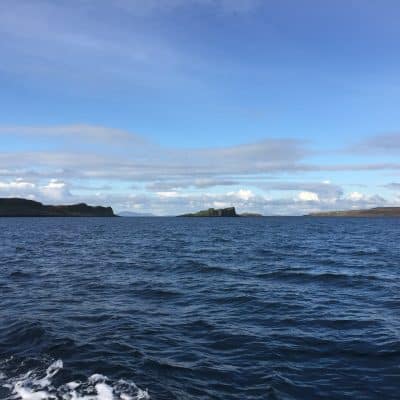 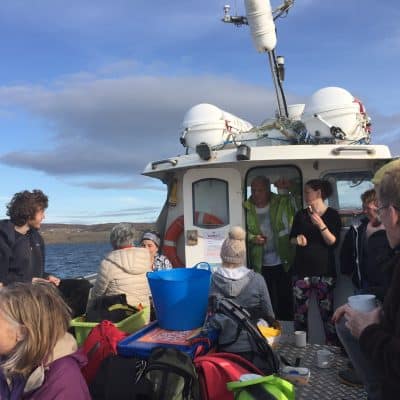