Locally (Waternish) the plants you use will give yellows; there are berries that give reddish or blue-ish tones, but they fade. I use meadowsweet for the softer yellows, tansy for a brighter yellow and ling heather for a slightly brown-ish yellow. With those three yellows, by combining them with indigo (imported from Africa or India primarily) or woad (which can be grown locally but does not give as an intense blue as indigo), you can get a variety of greens. 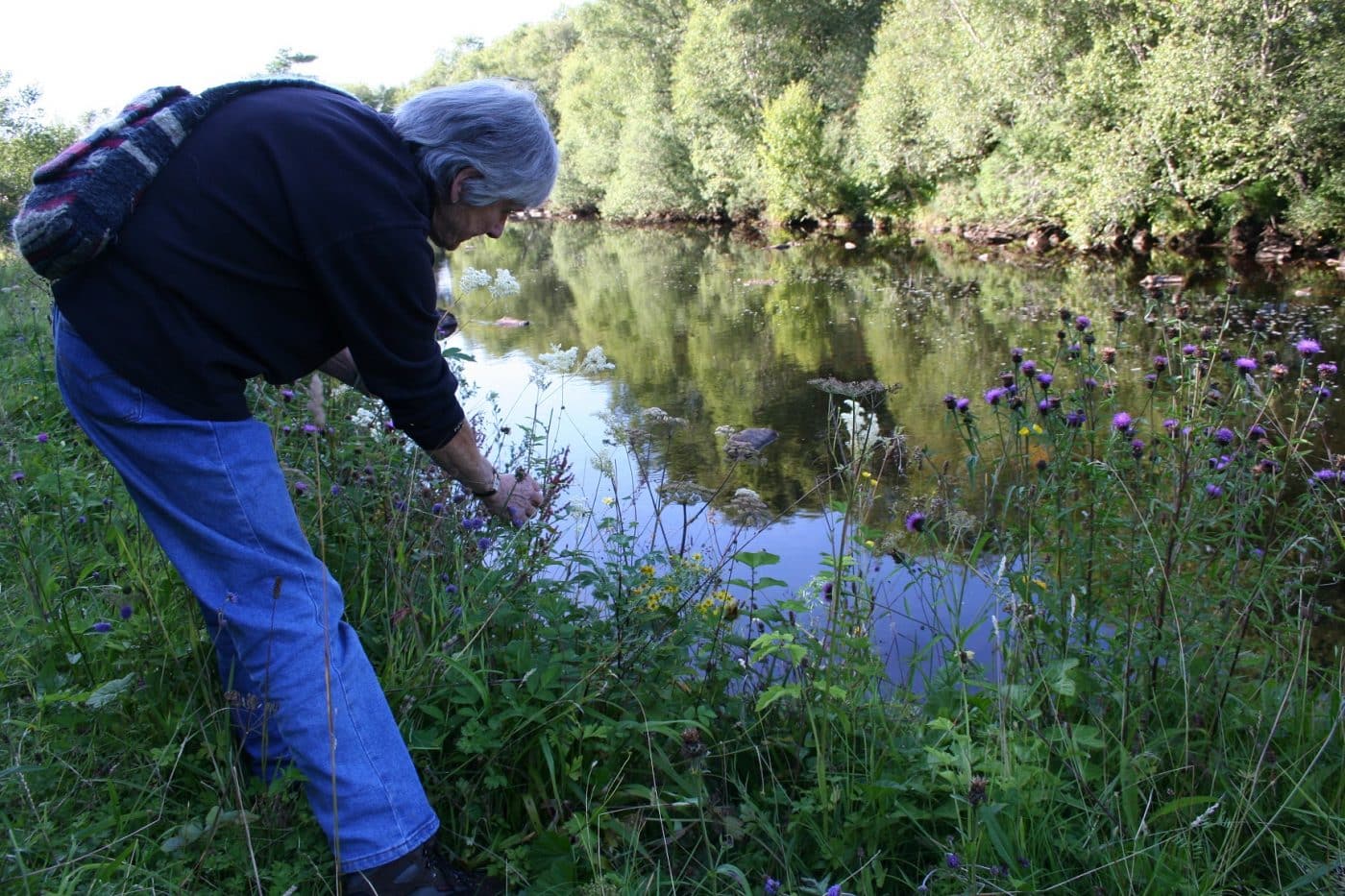 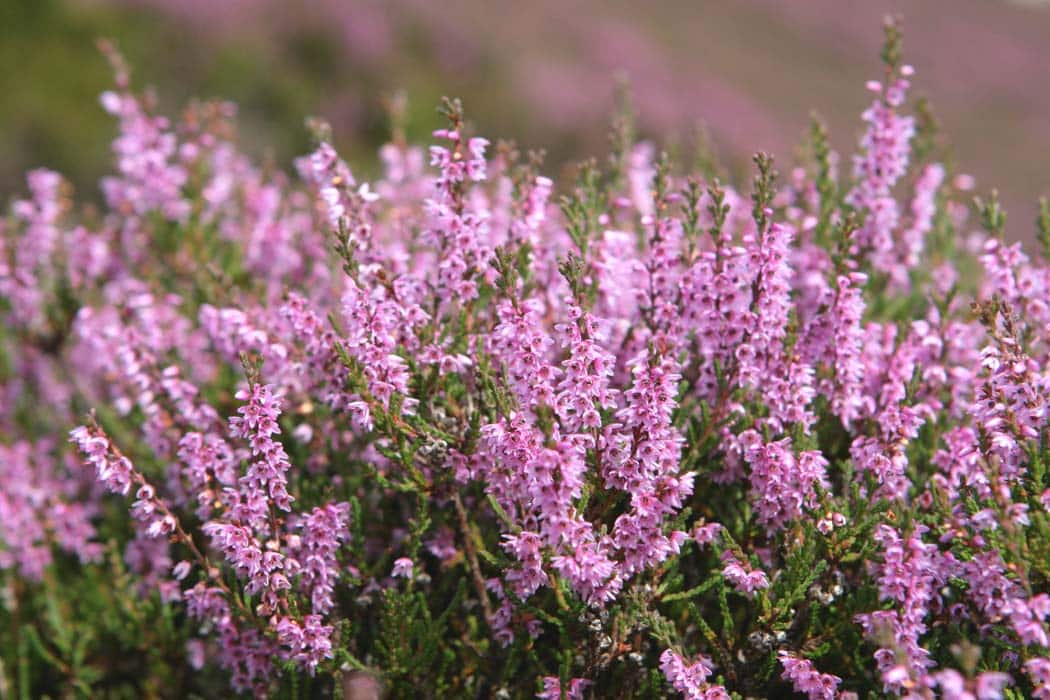 The disputed origins of indigo are various, but my favourite is of an African woman, a baby swaddled in white on her back, who went to rest by a stream. She took her swaddled baby and laid it down on some green plants, closed her eyes and slept. She was woken by her baby crying, picked him up and noticed he had pee’d , and the swaddling cloths had turned blue!

Noting that urine (now we use ammonia) had been used in getting indigo blue, a pub on the Outer Hebrides, some years back, had men urinate in a vat, and used the urine with indigo – but failed to get blue. Too much alcohol in the urine!

All other colours come from imported dyes: logwood from Central America gives a variety of purples, and madder from Turkey or beyond gives deep orange/browns. To get red you have to use one of the following dried insects: Cochineal from primarily South America, kermes from the Middle East or lac from the East.

And with those dyestuffs, and the use of mordants (alum is the most common and does not affect the colour; tin brightens colours, iron ‘saddens’ and copper tends to green or brown colours) an infinite variety of shades can be obtained.

Eva & Tony’s business started slowly; they opened the Shilasdair shop in 1998, and before that Eva had been dyeing for two or three shops on an ad hoc basis; however, when the Shilasdair shop opened, demand for yarn from shops increased; Tony got involved and they went to India to source dyeing cabinets and by around 2004 they had moved into what was the sheep shelter and Tony began the dyeing – using Eva’s recipes but soon adapting his own for the dyeing cabinets for now it was 20-22 kilos at a time, instead of the 2 kilos that Eva was dyeing, Going to trade fairs (especially in Cologne) increased demand and then there was no stopping production. In 2008 Eva & Tony sold the shop to Judi Hodgkin to concentrate on selling to shops in the UK, Europe and beyond. However, as we are both way past retirement age, we are hoping to turn the company into a community venture, and retire!

Our thanks to Eva Lambert of Shilasdair Yarns

Thanks to Tony Lambert for the photo of Eva with meadowsweet on a riverbank.

Thanks to John Hawell for the meadowsweet and ling heather photographs.