Springtime and the Sea 1

For those of us who earn a living from the sea, the seasonal changes  can be every bit as marked and varied as the seasons ashore, and can be one of the most exciting and interesting of elements with surprising and incredible moments presented when you least expect them. 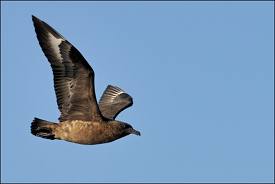 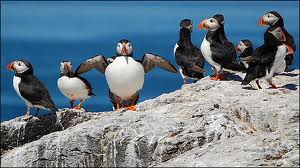 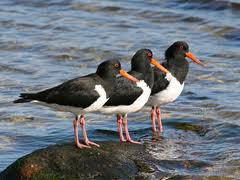 To many, the sea will always appear a barren expanse of wet lumpy stuff which has the propensity to turn even the hardiest of us into a green hued shadow of our former selves, designed to be watched from the shoreside. To be truthful, the sea during the coldest month of April can appear (to the uninitiated), to be void of life, but !, this is when the wheels of nature are slowly turning, getting ready to propel us through into yet another cycle of life.

From March, with the daylight hours increasing, there is an amazing   transformation as the first link in the chain of life appears in the sea around our coast, tiny algae or phyto-plankton appears multiplies and blooms at an incredible rate, this is the key that unlocks the gates and with an abundant food source animals react to its presence and zooplankton arrives, thrives, multiplies, and, in turn creates a food supply for other animals and the whole system steps up a gear.

The sea becomes like a soup with uncountable numbers of small organism’s and tiny jelly fish (medusa), even on a short walk along the shore you can see the first sign of this year’s barnacles forming on the rocks, jetties, and seaweeds.

On the surface of the sea, and along the shores the birds are all wearing their breeding colours. Eiderduck, Guillimot, Gulls, Oyster catchers, Cormorant, Shag, and even Greylag geese are busy getting it together and strutting their stuff, Raven’s have established their nests on the sea cliffs in preparation for the approaching time of plenty.

The increasing life in the sea appears to be the key that unlocks nature and heralds the beginning of the cycle of life. Small things are eaten by something larger, who then in turn become today’s menu favourite for something even bigger than them, the momentum picks up. Plankton become food for the fishes, small fish then become the food source for other fish and seabirds, and all the while the numbers of all involved are increasing as food becomes more easily available.

Towards the end of April you begin to see Puffin’s on the surface off the headlands, starting with one or two then increasing to larger numbers, mostly in pairs as they are setting up for the breeding season. In May, the Kittewakes and fulmars are taking up residence on the sea cliff colonies, and, the favourites of many, the Gannet, diving and feeding on the shoaling larger fish.

On the numerous islands around Loch Dunvegan, Lochbay, and the Ascrib Islands, the gulls are establishing their nests and starting to lay.

Venturing too close to any of the colonies can earn you a peck on the head from the concerned parents, dive-bombing any intruder to discourage any close encounter with their nest.

The Great Skua, being the bullies of the neighbourhood (and by far the leaders of the head rapping fraternity!!) mob smaller seabirds until they regurgitate their catch which they then have for themselves; or often prey upon unattended eggs, hatchlings, or even mob puffin or gosling at sea, until they succumb to exhaustion and drown (all part of natures cycle I suppose).